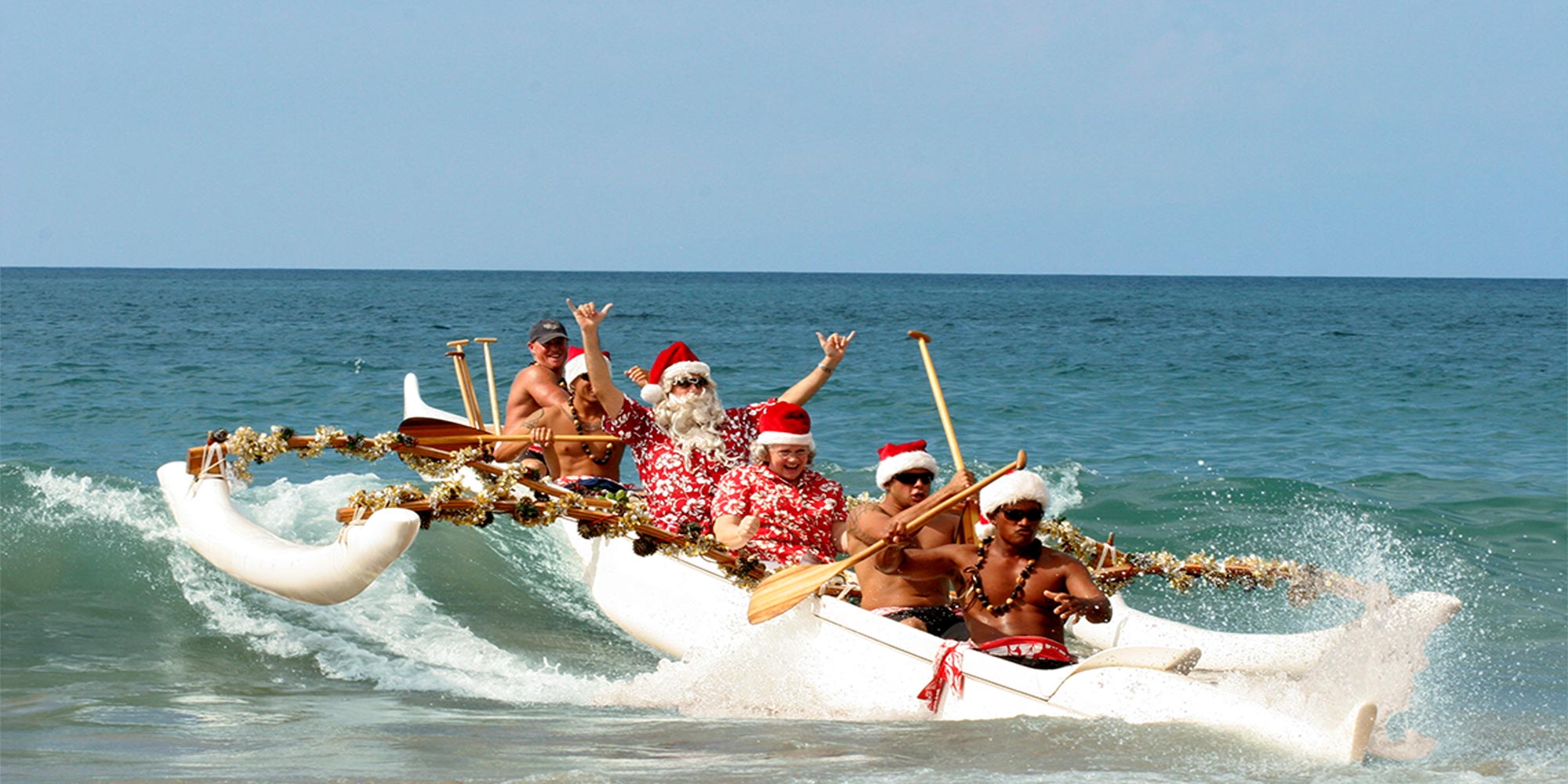 Christmas was not formally introduced to Hawaii until after 1820, the year Protestant missionaries came to Hawaii from New England. In ancient times, however, the holiday coincided with a triditional Hawaiian festival called Makahiki. This celebration lasted for four months and included feasts and games. During this time, wars and conflicts were strictly forbidden. As far as the early Hawaiians were concerned, the Makahiki was their time for "peace on earth and goodwill toward men."

The first Christmas celebration in Hawaii is believed to have occurred in 1786. Captain George Dixon of the merchant ship Queen Charlotte, docked in Waimea Bay on Kauai and commanded his crew to prepare a Christmas dinner that included roasted pig, pie and rum mixed with coconut milk. The English navigator then led his men in toasts to their families and friends back home.

Today, Islanders love and celebrate Christmas like everyone else around the world.

Just like the rest of the United States, residents of Hawaii start putting up their decorations immediately after Thanksgiving. They also partake of the usual parades, concerts and holiday light displays. Many traditions like singing Christmas carols are the same but with a distinct change. Carolers often sing in Hawaiian and are accompanied by ukulele. The famous "Mele Kalikimaka" song comes to mind when you think of a Hawaiian Christmas.

Other traditions, like the Christmas tree, require some creativity. Some residents purchase Norfolk pine trees grown in Hawaii. Others decorate palm trees with the usual festive bulbs, lights and Hawaiian ornaments. Christmas trees are also shipped in from the US Mainland. Many people wait to get the best trees when the "Christmas Tree Ship" arrives in port.

Hawaiian Christmas' include Kanakaloka (Santa Claus), but often with an island twist. Instead of a sleigh, Santa can be seen in an outrigger canoe. He does not always wear the classic Santa suit and is often spotted wearing brightly colored shorts and Aloha shirts